Shopping Cart
Your Cart is Empty
Quantity:
Subtotal
Taxes
Shipping
Total
There was an error with PayPalClick here to try again

Thank you for your business!You should be receiving an order confirmation from Paypal shortly.Exit Shopping Cart

This is where we present a study, quote, or thought that we believe to be profound and/or inspirational. This is designed to provoke and encourage you to not only think for yourselves, but also to consider all points of view in your quest for knowledge, wisdom, and understanding.

Study to show yourself approved. 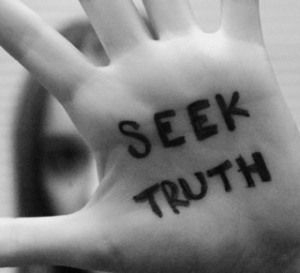 The adventure of life is to learn. The

purpose of life is to grow. The nature of life

is to change. The challenge of life is to

overcome. The essence of life is to care. The

opportunity of life is to serve. The secret of

life is to dare. The spice of life is to

befriend. The beauty of life is to give. The

joy of life is to love.

William Arthur Ward (1921–March 30, 1994), is one of America's most quoted writers of inspirational maxims. More than 100 articles, poems and meditations written by Ward have been published in such magazines as Reader's Digest, This Week, The Upper Room, Together, The Christian Advocate, The Adult Student, The Adult Teacher, The Christian Home, The Phi Delta Kappan, Science of Mind, The Methodist Layman, Sunshine, and Ideals. His column Pertinent Proverbs has been featured in the Fort Worth Star-Telegram and in numerous service club publications throughout the United States and abroad. He is one of the most frequently quoted writers in the pages of Quote, the international weekly digest for public speakers.

Born and raised in Louisiana, Ward entered the United States Army as a private in 1942 and rose to the rank of captain. Part of his four years of military service was spent in the Philippines. A graduate of McMurry College, he received his master's degree at Oklahoma State University. He worked toward the doctorate at the University of Texas and at North Texas State University. In 1962 Oklahoma City University honored him with the Doctor of Laws degree in recognition of his professional achievement, literary contributions and service to others.

Ward served as Assistant to the President of Texas Wesleyan College in Fort Worth beginning in 1955. In addition to his professional responsibilities, he was for two years the Director of Methodist Men for the Central Texas Conference, and for four years he taught the 140-member Sigler Bible Class at Polytechnic Methodist Church, where he also served as Sunday School Superintendent and Church Lay Leader.

He was a professional member of Sigma Delta Chi, American College Public Relations Association, Religious Public Relations Council and Phi Delta Kappa. In Fort Worth he was on the Board of Directors of numerous organizations including Rotary, Red Cross and Boy Scouts of America.

His biography appears in Who's Who in American Education, Who's Who in Public Relations, and Who's Who in the South and Southwest. He was a member of the International Platform Association.